Blasting off from Nexus

It seems like I only update this blog when I either leave a studio or join one. That was never intentional :X  But here we are, none the less... 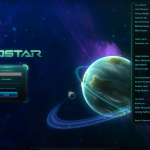 As I'm sure you have heard from other sources, Carbine Studios had a round of layoffs on Friday, March 11. 2016. I was caught up in that round of layoffs and found myself without a job :\  This is sad, to be sure, as I was having a great deal of fun working on WildStar.

But we all know the risks when working in the video game industry, don't we. Did I know that this was going to happen? Well... considering some of the things that happened behind the curtin, yes, I figured this was coming down the pike, but I didn't think it was going to happen so quickly or cut so deeply.

Please know I have nothing but respect for Carbine Studios in general and WildStar specifically. I have a lot of fun playing WildStar and will continue playing it for as long as I can 🙂 In fact... look at that! Go to the Carbine Studios website, and there's me in the group photo (yellow circle)!!

So... the obvious question is, where am I headed next?!  That's a good question - I'm really not sure. I will, however, be sure to keep everyone updated on what I'm doing 🙂

Consider subscribing to our rss feed!

This site uses Akismet to reduce spam. Learn how your comment data is processed.